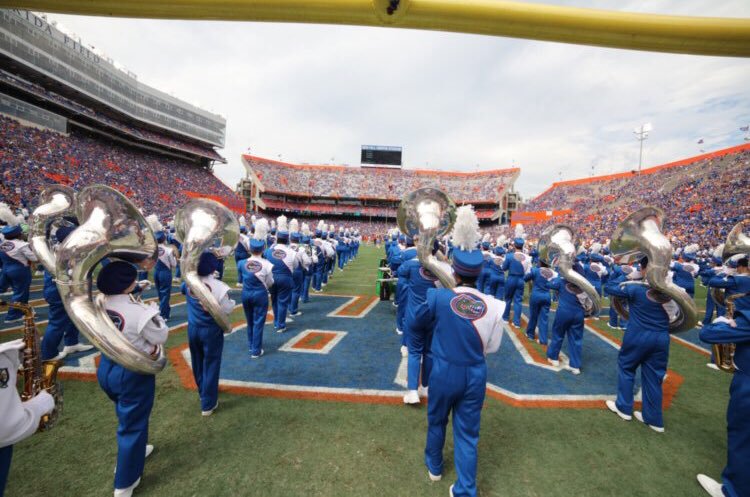 Saturday night was the start of college football season and after a great game between the University of Florida Gators and the Miami Hurricanes the ugly side of college athletics reared it’s ugly head.

According to multiple sources the University of Florida Gator Band was in their parade order marching to their buses after the game outside of the stadium when a University of Miami fan tried to push their way into the band block. The Director of the Gator Band, Jay Watkins, saw the individual and did what any band director would do, stop them from walking through the band.

Then another Miami fan came behind Watkins placed him in a choke hold and slammed his head to the concrete. Watkins received medical attention on site by paramedics.

Watkins potentially saved multiple members from worse injuries by stepping in to stop the fan from entering the band block.

This type of behavior directed towards bands is truly unacceptable and unfortunately it happens too often.

**This story has been updated**

The initial report of a member with a bloody nose was found to be unrelated to this specific incident.