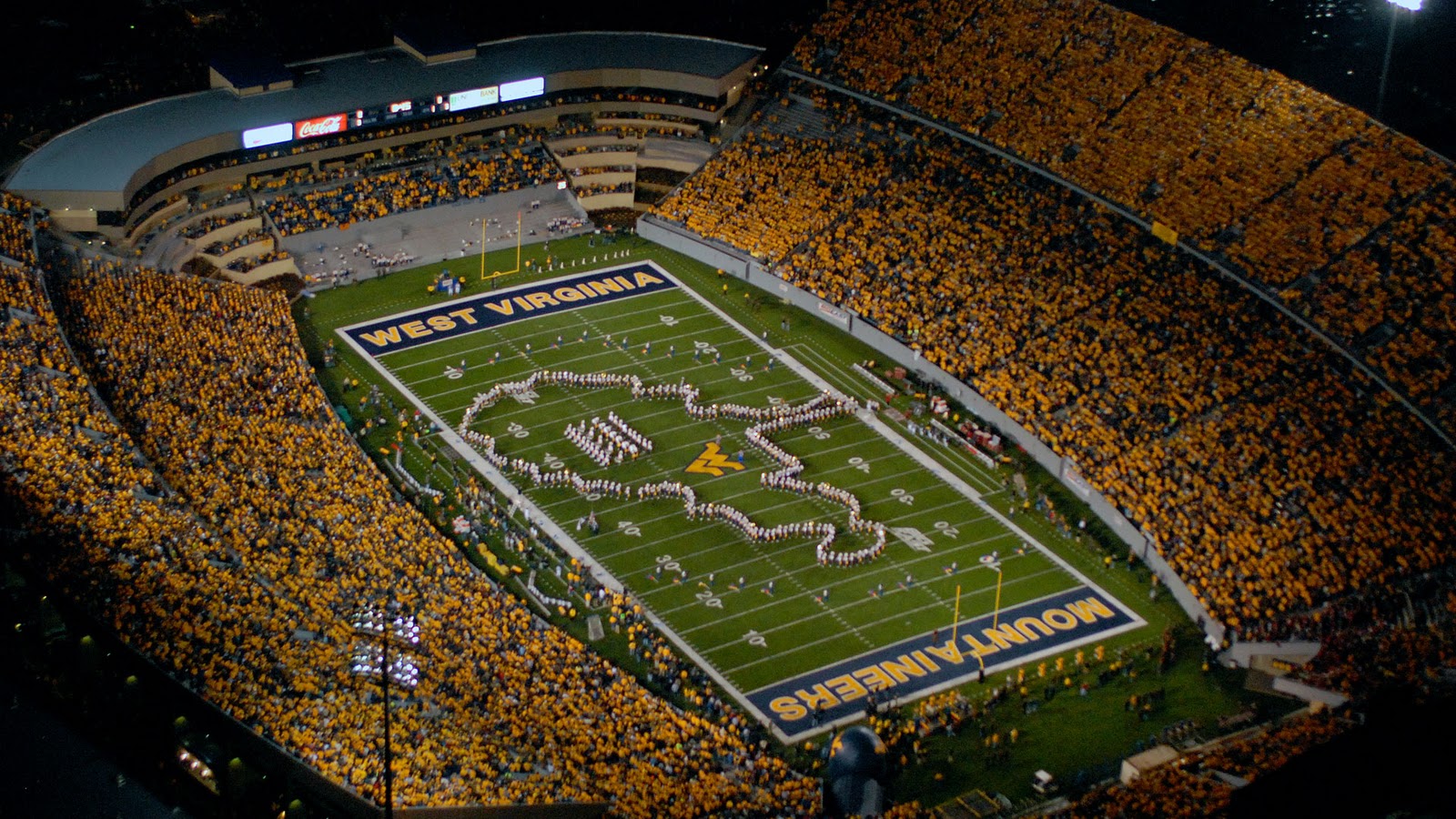 The college football experience is unmatched in sports. There is no other sport (outside of car racing, but is that even a sport? Send the hate mail) that has the ability to bring 100,000 fans to a stadium week in and week out. In fact only one NFL stadium can hold 100,000 fans, the Cowboys Stadium.

If the experience of tailgating all day surrounded by 100 plus years of tradition and campus history while watching your college band and cheer squads march past you on their way to the game doesn’t give you chills when you think of it, then you may need to check your pulse.

The roar of a student section.

The mascot body surfing through the crowd.
The pre-game show.

The fireworks as the team enters the field.
All the excitement behind a week of waiting erupts at the opening kick-off and their simply is nothing better.

For members of a college band the experience is life changing. We look back as alumni and wish we could be there marching on that field again. Feeling the turf rumble beneath our feet as the fans dance and celebrate a touchdown one more time. Listening to the crowd sing as we lead them in the Alma Mater. Watching the team run past us as they explode out of the tunnel. As we get older we reflect on those moments and eventually realize that the best of the best all have one major thread in common, they all occurred during night games.
The night game is a spectacle. From Ann Arbor, to the Dessert from Happy Valley to Death Valley, those are the games we remember forever.

As a freshman in my college band, the seniors put it to me plain and simple. “You will never experience anything greater than marching out of that tunnel to a sold out stadium under lights,” they said.

Boy were they right.

I had never attended a college game at night before my freshman year. I had been to probably 30 college games in my life by that point, but all were during the day. Now that I’m older, I realize my parents did this for not only our safety as kids, but also because they knew an entire day in the tailgate fields would eventually knock us out and probably knock my parents out of attending the game all together. Three sleeping kids doesn’t bode well for an enjoyable game watch in the stadium.

I quickly realized that everything leading up to the night game would be different. Rehearsals were more intense. The Directors kept us on our toes. There was no time to goof off in-between show runs. It was “pick it up and get back to the opening set, we’re running this again.” The TV crews started to roll onto campus around Wednesday and by Thursday ESPN was broadcasting teasers of the game that featured the band rehearsing and students camping out for front row seats. The hype was real.

Friday meant performances around campus and for TV shows, rehearsal and an evening pep rally. An early bed time awaited us. I didn’t sleep that night. The adrenaline for what was coming was uncontrollable. Were the seniors right?

Night games are different. Typically a noon or 11am game requires a 6am or 7am early morning rehearsal. We had to get in our rehearsal before the tailgaters took over our field. Those early mornings were always brutal, but the reward was worth it. For a night game our schedule changed. Rehearsal started a little later, but the tailgaters still came. The crowd of fans around our field watching us was 4 to 5 people deep. The anticipation of the game was so incredible that fans couldn’t wait for us to perform, they needed their fix now.

The next five hours we waited. Waited for that moment to suit up. To put on our armor and prepare for the unknown ahead.

By 4pm we were in uniform and inspected. You could see the section leaders trying to hold back their excitement. They knew what was coming. We rookies didn’t.

We marched from the building to our pre-game concert location. Never before had the fans lined the streets from start to finish to greet us. The energy was electric. Everything was packed. Our pre-game concert, our parade route to the stadium and every square inch of tailgating space that anyone could see, mobbed. This was different. There was an electricity in the air.


Waiting under the stadium for the teams to finish warming up felt like 3 hours. All I wanted was to hear that crowd. See 100,000 fans lose their minds as we took the field. We sang our pre-game songs and prepared to take the field.

Finally we were called into the tunnel and the cheering was so loud you couldn’t hear the person to your left or right. It was time for pre-game.

Erupting out of that tunnel onto the field changed my life. Here’s a good example of what it’s like to enter into a night game environment at Penn State.


I still don’t even know how I managed to march all of pre-game. My eyes wanted to dance and capture every inch of the unbelievable atmosphere around me. There was no GoPro then and my cell phone didn’t even flip. Taking a picture was an ordeal which meant those images were my responsibility to remember. I could barely hear myself play the Alma Mater.


As we finished our signature drill and watched the team run out of the tunnel right in front of us, I found a few seniors waiting for me at the stairs to enter into the stands. They looked at us rookies and asked, “well how was it?”

We were speechless. I think I muttered something along the lines of, “holy s#*t”. Into the night we went.

Halftime and post game came and went and we soon found ourselves marching back to the band building to return our uniforms and head home. Midnight struck and the 15 hour day came to a close. Our team was victorious and we were exhausted. As we walked back to our dorm rooms and our group dwindled from 13 to 2, it began to dawn on us that these moments would be the most precious. One night game at home per year? Yep. Only one. Some schools got two or even three due to high heat in Arizona or Texas, but as a northern school we got one.

A four year student gets 1,460 college days to call themselves a college student. Four of those would be like this day.

My friends who marched along side me will still tell you how special that night was. It hasn’t left us. And it never will.

So to all you marchers who will march your first night game this week or next or already have, remember that moment. Take it all in. Take pictures and videos, but don’t stare behind the screen all game. Be responsible for the memory. Remember the crowd. Remember your mistakes due to excitement. Remember everything you can. Those 1,460 days are going to fly by and the four night games you may get in your college career will fly by right with them. Give each one everything you’ve got because you won’t realize how precious they are until you join our ranks as alumni.