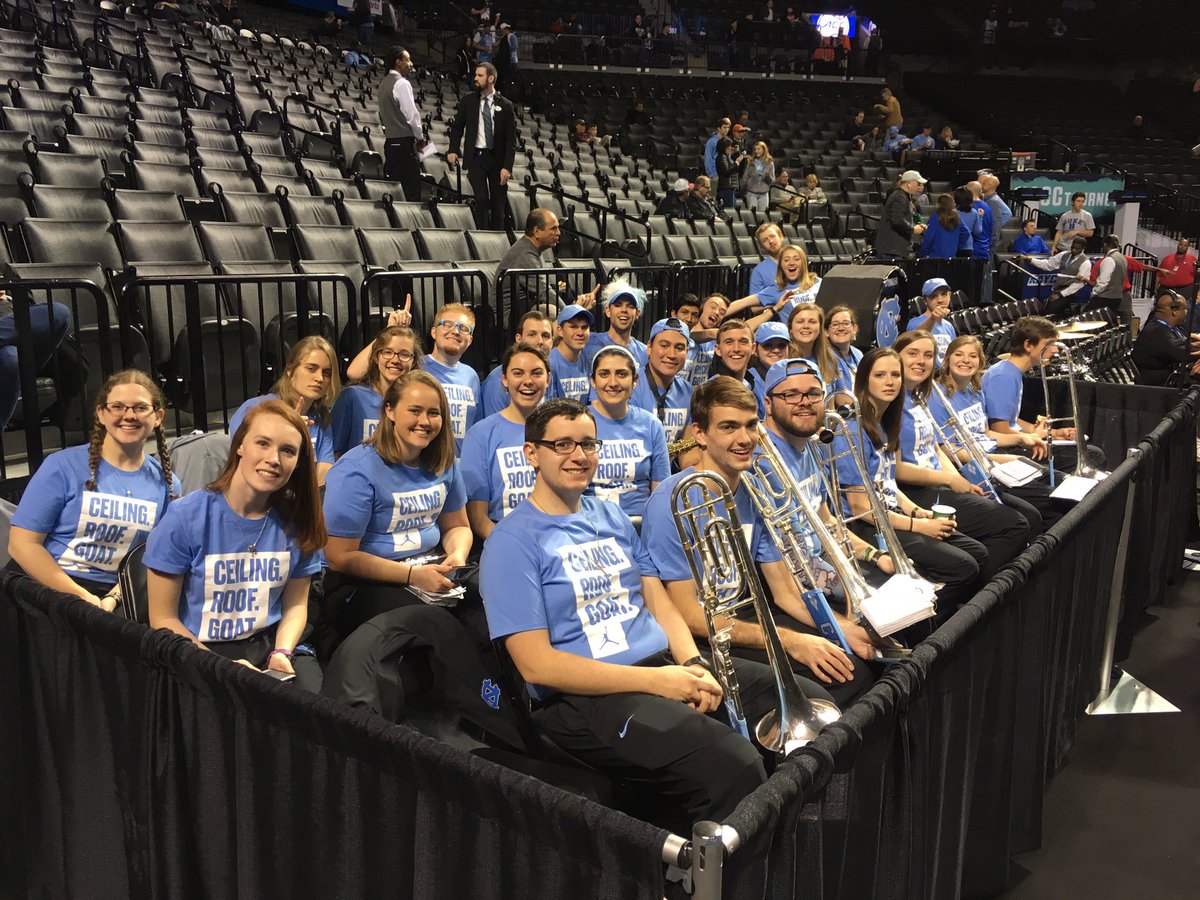 Full disclosure….. I’m a Tarheel fan ‘til the day I die! Way back to the late eighties – early nineties teams of what I call “The Jordan Era”. However, I was born and raised in South Carolina, so of course I was cheering for the Gamecocks as the Women’s team ascended to their first National Championship. This year, with all the nail biting excitement of the NCAA Tournament, the USC and UNC pep bands have rocked the coliseum stands and broke the internet at the same time.

No matter which school you were pulling for, these bands, (along with all the other Pep Bands, Cheer Squads, and Ride or Die Fans) Have captivated audiences, supported their teams to the very end and left it all on the floor. Even when turning the gym floor into a dance floor:

Never before has college basketball been so heightened in the Carolinas. Both the Men and Women’s basketball teams made the Final Four at South Carolina while the UNC men’s teams joined them. While the USC men fell short, the USC Women and UNC Men’s teams won the National Championship.

For the UNC Band program and the Carolina Band the excitement of a championship run comes with the grueling schedule of the conference tournament immediately followed by the NCAA tournament. We caught up with Prof. Jeff Fuchs, Director of UNC Athletic Bands and Cormac Cannon, Director of USC Athletic Bands to get their take on the NCAA Tournament and the long road to the finals. The UNC Band has now played in the National Championship game in back-to-back seasons.

CollegeMarching.com: Tell us about your preparation for the tournament and the grind that is a championship run.

Jeff Fuchs: We play home basketball games with about 230 students and rehearse weekly to make sure that every member of the band is prepared to be one of 29 when it comes time to travel.  There is a huge difference in being one of 35 trumpets and one of 7. Tournament time can be grueling but it is also the most exciting time of year for the kids who travel.  We were on the road 20 of the last 28 days and got to spend time in New York City, Greenville (SC), Memphis (TN) and Phoenix (AZ). There is so much that goes on that does not get seen – from pep rallies before and after the games, open practice performances, Fan Fest performances, etc.  The kids work hard during the tournament and especially the Final Four. But they also get to do things that the may never otherwise get to do. For instance, we were able to spend a day at the Grand Canyon and a morning at the Musical Instrument Museum while in the Phoenix area. Both were awesome experiences for the kids and were essentially free.

Cormac Cannon: Over the course of four weeks, our students traveled to Greenville, SC, Nashville, TN, New York, NY, Stockton, CA, Phoenix, AZ, and Dallas, TX. It was a thrill to be part of our two teams’ exciting paths to the men’s and women’s Final 4.

Collegemarching.com: How do your students balance their academic requirements with their obligations to support their team?

Jeff Fuchs: Everywhere we go, we have a study room for the students that is a quiet zone equipped with WiFi.  The kids frequently Skype into their classes and this year I proctored about 15 exams.  It is tough on the students, but as Mark Twain once said, you can’t let school get in the way of your education.

Cormac Cannon: Students worked hard to study during off days, and also took many exams on the road. While sending two bands across the country at the same time was a great challenge, it was well worth the effort!!

Collegemarching.com: How does going all the way to the finals for back to back seasons affect your program?

Jeff Fuchs: Successful athletic teams are great for a band program. The number of new students increased by nearly 25 kids last year and we expect to see another increase this year. Retention numbers are also better when there is sustained success in one or more sports.


The NCAA Tournament run is a serious grind and sometimes we forget that the band, cheerleaders, dance team and of course the players themselves are still students. While it is awesome to perform at these major events, succeeding in the classroom is still expected. Luckily for both the UNC Band and the Carolina Band working hard on the road to maintain your grades also means an experience that they will never forget.

Will the Carolinas maintain their basketball superiority next year? We will have to wait and see, but what is guaranteed is that the pep bands will be ready to support them all season long no matter the outcome.